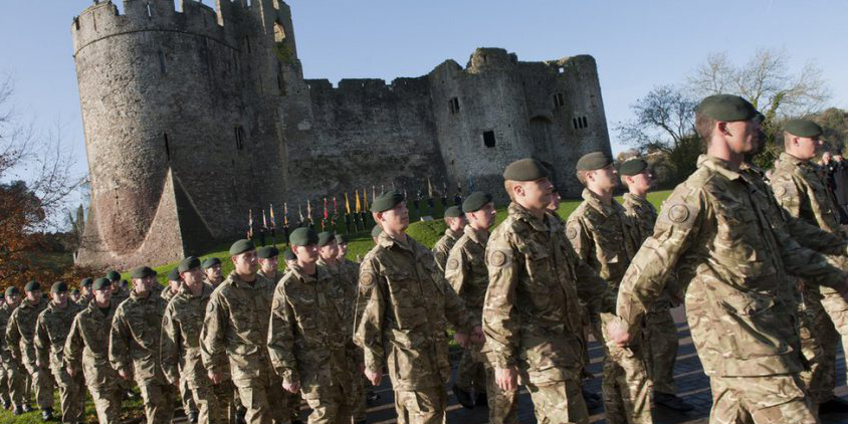 Past Master John Burbidge-King led a delegation of World Traders and their families to the Chepstow (Beachley Barracks) Headquarters of this Army unit with which we are affiliated. On the first afternoon, the visitors were welcomed in the Officers’ Mess and then taken to the firing range, where everyone fired rifles and pistols with varying degrees of accuracy, and saw demonstrations of the different activities of the 500-strong Battalion. Most impressive were the camouflage outfits which allow specialist reconnaissance personnel to remain undetected for long periods of time.

Tea in the Serjeants’ Mess and later we were invited to the Officer’s Mess for a barbecue on the shores of the Severn Estuary with the officers and their families. The Commanding Officer made a speech thanking the World Traders for their goodwill and generosity, not least in sponsoring the Batallion’s Sports Day, which most of our party attended on the Tuesday. I responded on behalf of the World Traders present.

The Tuesday morning saw a briefing by JB-K on the City, the Livery and the World Traders during which our members described their own activities, offering to help with advice on transitions to “civvies street” when officers decided on career changes.

A valuable and enjoyable connection, and this will not be the last visit by World Traders to these Barracks, situated close to the Severn Bridge.