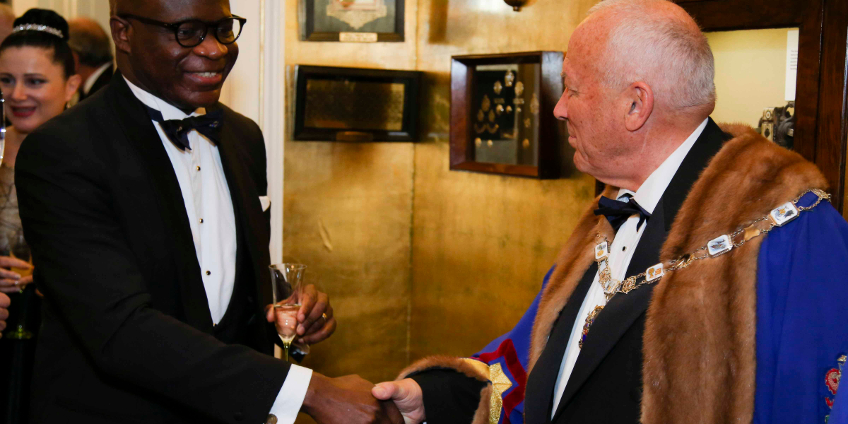 This year’s Members Dinner was held in the magnificent setting of Armourers Hall, surrounded by mediaeval equipment, weaponry and, of course, suits of armour.

The dinner was preceded by a Ceremonial Court, at which we welcomed three new Court Assistants, Zoe Buckingham, Simon Maddocks and Michael Shapiro, as well as clothing two members as Liverymen and welcomed a new Freeman.

The speaker was David Smith who is the City Corporation’s Head of Markets. Among the markets are Billingsgate, Smithfield and New Spitalfields, all of which small numbers of World Traders will visit during the year. We received a fascinating insight into the history of the markets, the way that they are regulated and how the produce leaves the markets to be further distributed across the United Kingdom.