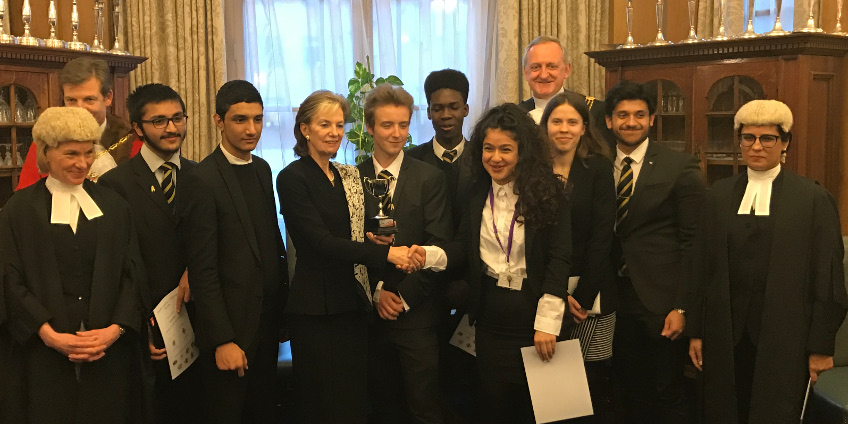 We have just completed an inter-school two round public speaking competition in which teams of Year 12 students were tasked with preparing and delivering a presentation on ‘What is London’s most important priority?’ Each school was mentored by members of the Financial Services Group of Livery Companies. The final was held in Court No 1 of the Old Bailey in the presence of a panel of Her Majesty’s Judges. The World Traders mentored a team from the London Academy of Excellence who, to our great  delight, got into the final and won!

Huge thanks are due to Michael Larson, Ben Papé, Danny Kalman and Rob Keller for the considerable amount of time they gave to mentoring the students. Such was the success of the event that another round is being planned for next year.

Writing to us after the occasion, the Assistant Head of London Academy of Excellence said “The challenge was hugely beneficial to the students in so many ways. They improved their teamwork, organisation and  research skills considerably but the unique chance to work continuously with dedicated and successful professionals and begin to build networks with such people was invaluable and beyond anything we can offer within school.”

The LAE team are shown here with Her Majesty’s Judges and City of London Sheriff, Peter Estlin.