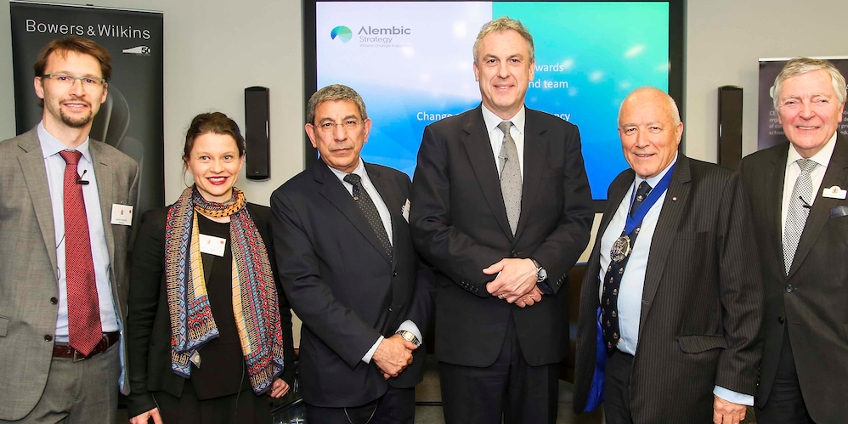 2017’s Tacitus Debate featured an eminent line up of experts on World Trade and the challenges of Brexit who discussed Sir Simon Fraser’s Tacitus Lecture: ‘The World is our Oyster? Britain’s Future Trade Relationships’. The panel was made up of the following high profile speakers:

Sir Simon Fraser GCMG is Managing Partner of Flint Global business advisory. From 2010 to 2015, he was Head of the UK Foreign Office and Diplomatic Service. He has also led the UK Department for Business. Prior to that he served as Chief of Staff to the European Trade Commissioner in Brussels, and as Director General for European policy at the Foreign Office. Within Flint, Simon leads on advice to clients on Brexit and international policy issues. He is Deputy Chairman of the Royal Institute of International Affairs (Chatham House) and is a Visiting Professor at King’s College London.

Ambassador Jonathan T Fried is Canada’s Ambassador and Permanent Representative to the WTO. He plays a key role in multilateral trade negotiations, having served as Chair of the WTO’s General Council in 2014, Chair of the Dispute Settlement Body in 2013, and co-Chair with China of the G20’s Trade and Investment Working Group in 2016. Formerly Canada’s Ambassador to Japan; Executive Director for Canada, Ireland and the Caribbean at the IMF; Senior Foreign Policy Advisor to the Prime Minister; Senior Assistant Deputy Minister for the Department of Finance and Canada’s G7 and G20 Finance Deputy, Mr. Fried has also served as Associate Deputy Minister; Assistant Deputy Minister for Trade, Economic and Environmental Policy; Chief Negotiator on China’s WTO accession; Director General for Trade Policy; and chief counsel for NAFTA. He is a member of the World Economic Forum’s Global Futures Council on Trade and Investment, and of the Steering Committee of the e15 initiative on Strengthening the Global Trading System. He serves on the Advisory Board of the Columbia Center on Sustainable Investment and the International Advisory Board of the Central and East European Law Institute. Mr. Fried was recently named as Coordinator for International Economic Relations at Canada’s Department of Foreign Affairs, Trade and Development, and will assume his new duties in April 2017.

Iana Dreyer, Iana is a political economist, commentator, journalist and media entrepreneur who specialises in trade policy, with a special focus on the EU. She is founder and editor of Borderlex.eu, one of Europe’s leading trade policy news and commentary websites, based in London. Before founding her publishing company, Ms Dreyer worked for leading think tanks on trade policy in Brussels and Paris, the European Centre for International Political Economy and the London School of Economics. She is a graduate of the London School of Economics and Sciences Po in Paris. Her pieces have been published widely in the international media. Ms Dreyer considers herself a citizen of the world with a family background that is French, German, and Latin American. She lives in London.

Martin Sandbu is Economics Commentator of the Financial Times. Martin has been writing about economics for the FT since 2009 when he joined the paper as Economics Leader Writer. He now writes the FT’s Free Lunch. Before joining the FT he worked in academia and policy consulting. He has taught and carried out research at Harvard, Columbia and the Wharton School, and has advised governments and NGOs on natural resources and economic development. He is the author of two books, one on business ethics and one on the Eurozone.