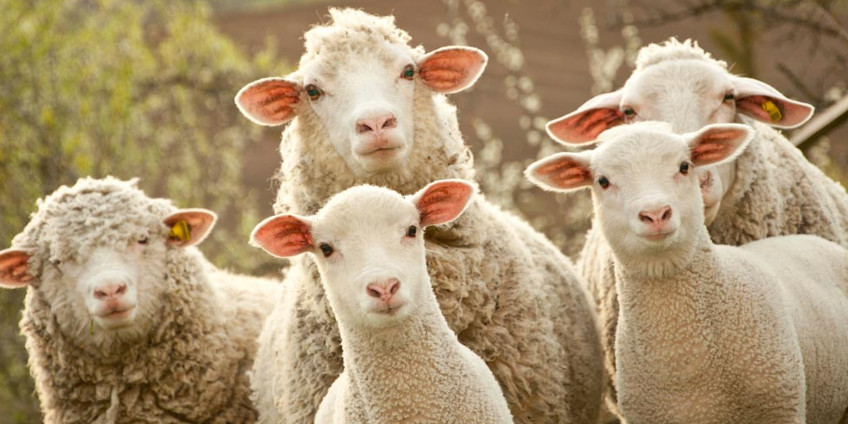 Past Master Robert Alston and his Wife Pat together with John Burbidge-King and a team of overstretched helpers organised the first Sheep Drive in 2008 during the Mayoralty of Sir David Lewis, a Welsh hill sheep farmer. The advantage for City of London Freemen being allowed to drive their sheep across London’s then only bridge was that they thus avoided tolls and brought their product more cheaply to the City’s slaughterhouses.

The Worshipful Company of Woolmen resurrected the project a few years ago and their red-caped Freemen act as marshals for the teams of 10 freemen driving rather tame animals across part of London Bridge. All teams pay an entry fee which goes to charity.

This year the World Traders had our own team, organised by Rob May. A lot of fancy dress to be seen – plenty of no-peeps too, probably unaware that this was given to a woman condemned to the stocks in mediaeval times. One of our number was dressed as a knight with the cross of St George. Many Masters wore their gowns, and I was no exception.

Lots of curious tourists and Londoners too. Last year a wool market was set up with many stands near to the Monument. 20 World Traders and their families, including the Master-elect, lunched at the Walrus and the Carpenter: inevitably I recited the whole Lewis Carroll poem!