From Archives to Modern Lives 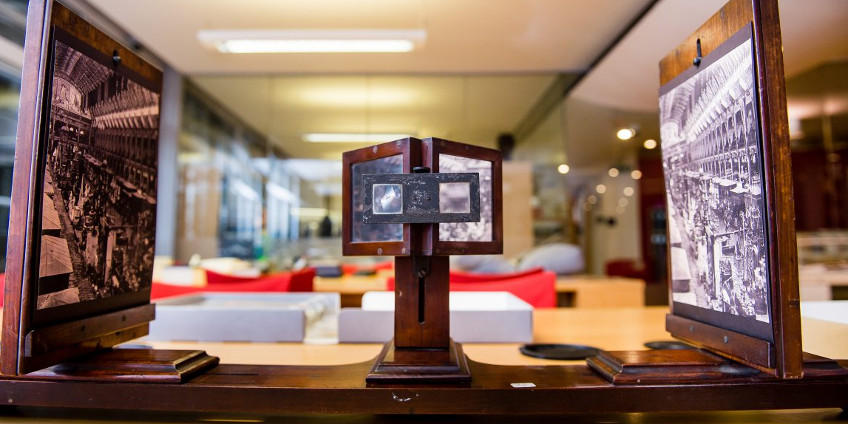 This, the first in a series of events in the new Master’s year under the heading of ‘Trade and Technology’, provided members with a fascinating insight into the Kings College London Archive.  We are immensely indebted to Drs Jess Borge and Geoff Browell for organising a rare opportunity to examine actual artefacts and documents from the archive.  Perhaps even more impressive was their ability to persuade no fewer than six distinguished speakers to describe special items from the archive and explain their significance in terms of current research and scientific developments.

The small group that attended the hands-on session were able to examine (and more importantly perhaps, have explained) items such as the original photograph 51 taken by Raymond Gosling while working under Rosalind Franklin. This x-ray defracted 3D image helped to identify the structure of DNA. A name that was to crop up throughout the event was that of Charles Wheatstone.  Various telegraph and cryptograph machines (plus a concertina!) of his invention were on display. These gave added relevance to the afternoon sessions as it turned out that this Victorian polymath was also involved in imaging.

The common theme of the presentations was ‘Code’. Computer code was discussed by Dr Jamie Barras, who explained how an early Wheatstone telegraph had been instrumental in the arrest of a murderer fleeing by train. Professor Mischa Dohler developed the subject with a demonstration of a glove that will allow the remote teaching of skills including playing the piano. He predicted that this was the start of ‘The Internet of Skills’ – welcome to the future.

Life code was Professor David Edgerton’s subject and he used examples of distinguished historical associates of KCL to demonstrate the interdisciplinary nature of research. This had led to the discovery of DNA and its subsequent application in several fields. One of these was in the treatment of deafness, described by Professor Karen Steel. Identifying the irregular part of the code that causes a gene to mutate allows targeting by procedures that enable the correction of certain causes of deafness.

On Visual code Denis Pellerin (an associate of Brian May, astrophysicist and Queen guitarist, who sent a video-recorded greeting to World Traders) made a fascinating presentation of mid 19th century 3D photography.  Although interesting in itself (one of the earliest ‘films’ was in motion, 3D and colour – there is nothing new!) the real significance was explained by Professor Reza Razavi. He and a team of 450 colleagues, including engineers, clinicians, IT experts and radiographers are examining millions of chest x-rays. The outcome of this work is the development of algorithms that can not only help diagnose but recommend optimal treatment for patients presenting today.

Drinks and an excellent dinner provided by the KCL catering team followed. After dinner, Dr Karina Fearnley made an excellent speech that managed to include her experiences of traumatic brain injury, whisky, poetry, water, peat and volcanoes under the title ‘Making the Invisible Visible’.  No-one went away thinking that science was boring!