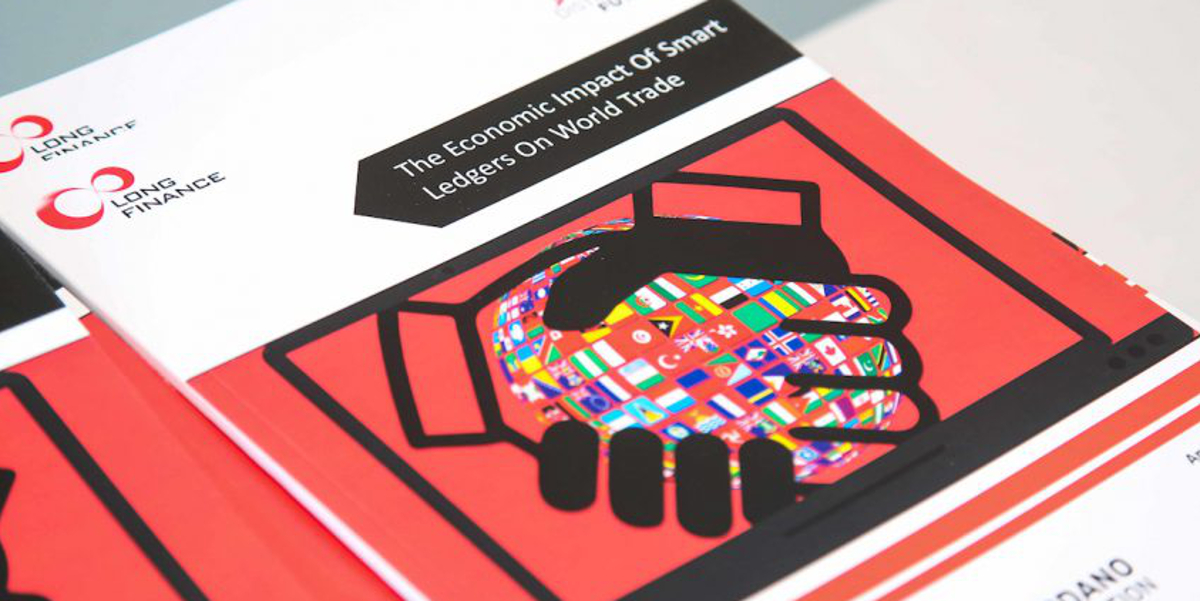 On 17 April, we were pleased to announce the publication of a report we’ve been sponsoring this year, “The Economic Impact Of Smart Ledgers On World Trade”.  The report, sponsored by the Cardano Foundation, came as a result of the the Worshipful Company of World Traders and the Distributed Futures’ interest in quantifying the potential impact of Smart Ledger technology on international trade.  Written by Douglas McWilliams, Cristian Niculescu-Marcu, and Beatriz Cruz from the Centre for Economics and Business Research (Cebr), it includes a Foreword by Michael Parsons FCA, Chairman of Cardano Foundation, and a Preface by Professor Michael Mainelli, Executive Chairman of Z/Yen Group and Master of the Comany.

The report features a description of the econometric approach that maps trade frictions that Smart Ledger technology might be able to offset, especially in the realm of non-tariff and bureaucratic barriers to trade. The authors draw the following conclusions:

The report also includes the results of a global survey of 247 contract and commercial managers, focusing on the respondents’ awareness and use of Smart Ledgers, the importance they attach to various aspects, and the areas of ‘pain’ that could be relieved by the adoption of Smart Ledger technology. There are some truly insightful results.

Smart Ledgers are based on a combination of mutual distributed ledgers (multi-organisational databases with a super audit trail) with embedded programming and sensing, thus permitting semi-intelligent, autonomous transactions. Smart Ledgers are touted as a technology for fair play in a globalised world. There are numerous projects building trade systems using this technology with announcements from governments, shipping firms, large IT firms, and the like.

As Michael Mainelli wrote in his Preface to the report: “Trade reaps economic benefits from specialisation and comparative advantage, creates prosperity, distributes success and wealth, and collectively enriches all of our societies and communities. Hopefully, knowing the scale of relative benefits can help speed adoption of some boring technology – ‘multi-organisational databases with a super audit trail’ – for the benefit of all of us”.

You can also view Distributed Futures’ other Events and Publications.

The Worshipful Company of World Traders would like to acknowledge the significant contribution of the Cardano Foundation, IACCM, the City of London Corporation, the Centre for Economics and Business Research, Z/Yen, and Long Finance.