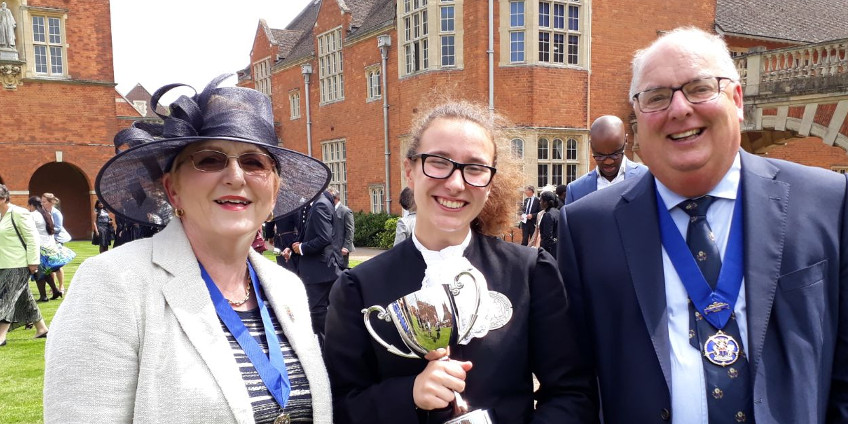 Mark Hardy, Past Master, and I, in the position of Court Assistant, attended Speech Day at Christ’s Hospital on Saturday May 26th representing the Company, but also as Patrons of Olly’s Future, a charity set up in memory of Mark’s former apprentice, Oliver Hare.

The Company’s annual award for the student who excelled in Economics beyond the classroom was awarded to Jack Inch.

The inaugural Oliver Hare World Traders Company Prize for commitment to the CH Band was awarded to Charlotte Suckling, a bassoonist and assistant bandmaster who is joining the Army as a musician in the autumn. Charlotte, pictured with Mark and Mary, was also awarded the Pooley Sword for being the member of the Combined Cadet Force who has demonstrated the power to lead, while exhibiting the qualities of responsibility, self-reliance, resourcefulness, endurance and perseverance.