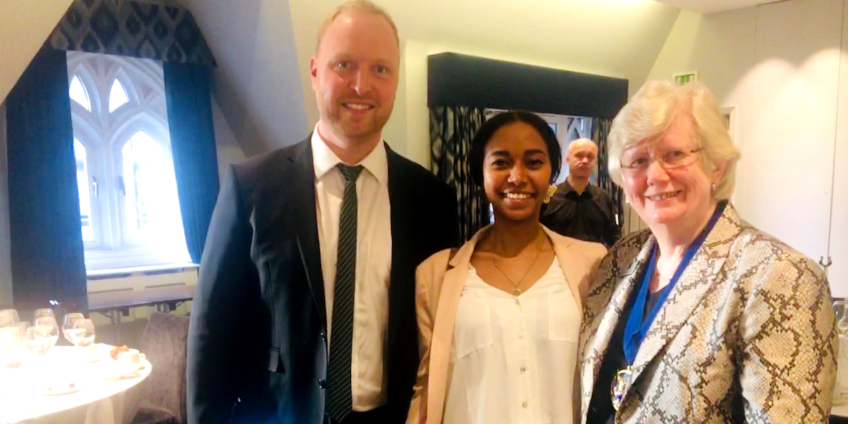 The first Business Lunch of the new Master’s year was held at the International Institute for Strategic Studies, with speaker Josef Hargrave, Global Foresight Manager in the Foresight, Research and Innovation team at Arup, the design and engineeering company.

Speaking on ‘Resilience and the drivers of change in the global economy’, Josef noted that while change is constant, the context within which change takes place is variable. He illustrated this by giving three examples of the way in which society is evolving and explained the impact these might have on the design of the built environment. The methodology used by his organisation was to look at the trend (what?), the implication (so what?) and the action (now what?).

Example 1 was the effect of an ageing population on the development of the Mass Transit Railway system in Hong Kong.  Designers might consider longer platforms, more age-friendly facilities and different ticketing systems.

Example 2 was how the increasing use of autonomous vehicles would impact the design of city spaces. The effect on street capacity and the changing need for parking spaces and pick-up and drop-off points would all need thinking through and planning.

Example 3 was planning for environmental change: one method of mitigating the effects of climate change in cities was by linking

All of these issues, Josef argued, have a far wider application than the built environment.  Any organisation planning for the future should study the ecosystem within which it operates, taking into account social, technological, economic, environmental and political considerations.

The lively Q&A session threw up a wide range of issues: ‘Will cities become redundant if we all work from home?’, ‘Who will be winners and losers in the future?’, and ‘Which countries are most open to change?’ (‘Hong Kong’!)