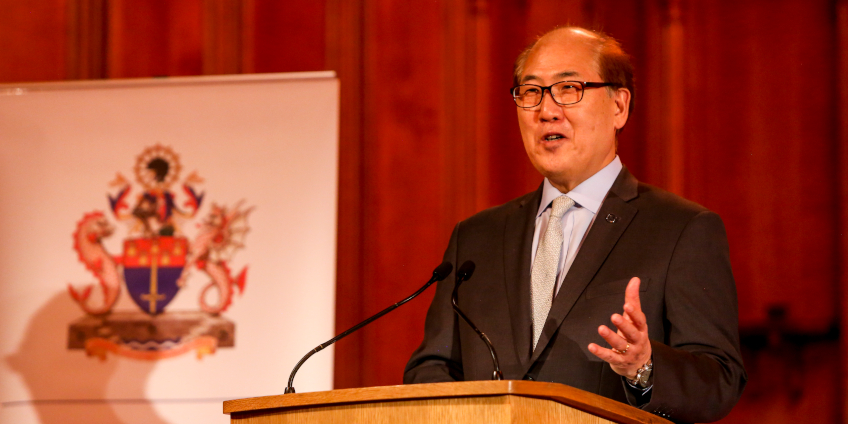 by Kitack Lim Secretary-General of the International Maritime Organization (IMO)

In August 2006, he moved to the Ministry of Foreign Affairs and was appointed as Maritime Attaché, Minister-Counsellor of the Korean Embassy in London, responsible for IMO-related issues as Deputy Permanent Representative to the IMO.

In August 2009, after being appointed as Director General for the Maritime Safety Policy Bureau at the Ministry of Land, Transport and Maritime Affairs (MLTM), he led the Korean delegation at the IMO General Assembly in 2009.

In March 2011, he was appointed as Commissioner of the Korean Maritime Safety Tribunal (KMST), in charge of maritime accident investigation and the proceedings of the tribunal.

From 2012 to 2016, he was President of Busan Port Authority, supervising the management and construction of the whole of Busan Port. By raising its competitiveness, he helped Busan Port to reach the highest container handling volume in 2014 and to become one of three major transhipment ports in the world, and the largest one in northeast Asia. Under this leadership he secured investments for about 500 million US dollars to enhance safety and marine protection.

In 2016, he was elected as the Secretary-General of the International Maritime Organization (IMO) and reappointed in 2019 for a second term, until December 2023.